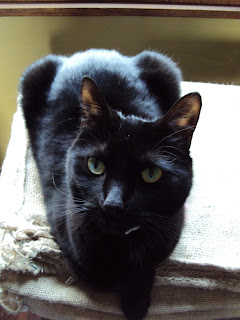 Gardening:
* I harvested a cup of baby kale from the indoor garden. Last year I'd started to get a good little harvest from the container, but the moment I brought it outside, the bugs devoured it all. I think I'll keep it indoors this year for as long as it gives me produce.
* I fed the bunnies tree trimmings. They absolutely love it. Their contented little grunts are too cute for words. Nurse Ratched devours hers in seconds. Frank eats his and then plays with the twig. Hazel-ra eats what she wants, then promtly pushes the twigs out of her space.
* All except one okra seedling has died. So it is. Okra is a food that I love, but won't suffer if I can't have a huge amount. Fortunately the farm grows okra. Yay!

Cooking/Groceries:
* I made stir fry one evening with leftover beef, carrots ($.49/lb), celery ($.69/pk, Aldi), onion ($.33/lb, Aldi), and snow peas ($.99/lb on manager's special). I cooked the rice in the beef cooking water for extra flavor. I had enough stir-fry leftover to use as a work lunch (with some peanuts added for a bit of extra protein). I had lots of rice leftover also.
* I used some ham from the freezer, some pineapple from my job, some leftover rice and sweet and sour sauce to make a Hawaiian casserole. It was pretty good. In the future, I'd add sauteed bell peppers and onions.
* In preparation for my new job, I froze some small containers of bottled tomato juice. I opened a bottle ($.69/salvage grocer, usually $3+), but have a hard time finishing the whole thing. This will reduce my waste, while also providing a nutrient-dense, refreshing drink for sweltering days on the farm. I'll pull it out of the freezer before heading to work, and it should be thawed later in the day to provide a great afternoon pick-me-up.
* Trucker stopped at the grocery and got some good deals: mushrooms (manager's special, $.99; He is allergic, but gets them for me since I love them), snow peas (manager's special, $.99/lb), steak (manager's special, $3/lb), southwestern dip (manager's special, $1.20; regularly $3.99).
* We went to my parents house for dinner one night. My mom made tacos. We brought tortilla chips and the southwestern dip. She made her famous apple pie for dessert.
* I made brownies to use up a mix from the pantry, eggs that were getting a tad old and some peanut butter chips from the pantry. 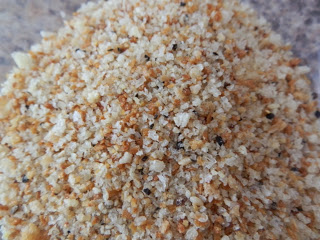 * I made a weird casserole that Trucker liked. I thought it was okay, but it wasn't something I'd look forward to. I mixed together some leftover rice, a can of drained tomatoes and chilis, a can of cheese soup and a can of buffalo chicken (I didn't have any meat thawed other than the ham and I couldn't bare the thought of more ham). I topped with bread crumbs and a little cheese and baked til heated bubbly. It was filling and prevented pizza takeout, so it worked.
* I made quiche using ham, kale, fried peppers (manager's special for $1) and lots of manager's special eggs. I added just a tiny bit of cheese to the top.
* I wanted to get some food prepped for the coming week. I'm starting my new job and suspect I'll be too tired and sore to want to cook. Plus, I'll need some easily portable lunches. I hard boiled a dozen eggs and made calzones. To make the calzones, I made a batch of pizza dough and rolled into smallish circles (6 inches?). I spread a little pepper spread on half of each, then topped with a little tomato sauce. I added fried peppers, ham and cheese. I folded in half, pinched the edges closed. I brushed with olive oil, sprinkled with Italian seasoning and baked at 350 til golden.

Food Preservation:
* I froze a lot of fruit from my second part time job.

Fun:
* We went out for a coffee date. Thank you, Vicki!

Nature:
* We went out for a short hike at a local metro park. It was a particularly frigid day, but it was so good to get out into nature for a bit to enjoy the sunlight, fresh air, and wonderful companionship.

Frugality:
* I reduced driving as much as possible

Work:
* This was my last week at both of my part time jobs. It was so hard to say goodbye to so many good coworkers. Everyone was incredibly sweet. My bosses at the factory said that they'll put in a request so when I come back in the fall, hopefully I go back to my regular department. I'd love that because I really enjoyed working where I did and with all of my coworkers and bosses. My boss at the other job offered me (and Trucker) work at the holidays temping. I am planning on doing it when possible because I really enjoyed working with them all, and the money can't hurt either. 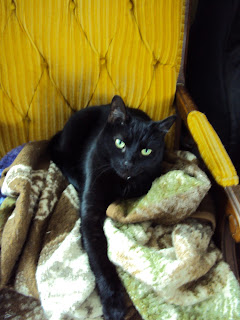 Future:
* We had another good pay period at the booth. It wasn't our best month yet, but it wasn't bad either.

Health:
* I've been lifting hand weights to try to get ready for my new job. I know that this is in no way enough, but perhaps better than nothing.

How was your week?
Posted by Skelton at 8:46 PM

Email ThisBlogThis!Share to TwitterShare to FacebookShare to Pinterest
Labels: This Week...Beyond Money 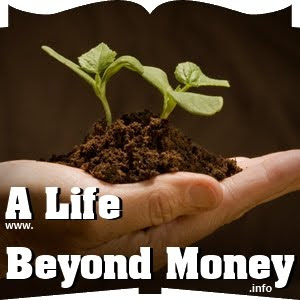